Our day at Himeji went generally well, although we expected different travel conditions. To summarize: we could have traveled by bullet train to Himeji from Kyoto, but had to take a local train because paying for the guide's shinkansen ticket would have raised our costs by a lot. Traveling with the local train meant standing in a crowded car for one and a half hour - we surely didn't enjoy that - especially that our JR passes gave us a right to the best and fastest train train! We got to the Castle eventually and enjoyed it a lot, but found the guide less helpful with some of the questions asked. We felt that he wasn't offering sufficient information or that he wasn't putting in all the effort. We visited the Kokoen garden too and found that very nice. All in all I feel we could have easily done the castle without hiring a guide, especially that paying for the guide's travel costs came to a significant amount - over 5,000 JPY, not to mention that he actually insisted we met at Kyoto Station instead of at our hotel as we had requested. We parted with the guide in Himeji station and took the shinkansed back to Kyoto - that was a blessing after a long day!

Dear Ariana You made a complaint about the transportation cost from Kyoto to Himeji. I give you an oppsing argument . You can use the JR PASS in every JR line including Shinkansen Bullet Train except Nozomi, all of you can use the PASS on that day, of course. In this case,however you have to pay my Shinkensen ticket fee ( one way : 4750yen/adult, a round trip ticket=9500yen/adult) That 's why I asked you which train you would like to take to travel from Kyoto to Himeji such as a Shinkansen or an express? You replied on the spot " we take an express for Himeji" It's unfortunate that the express was so crowded so that you could not get your seat until the train passed over Osaka station, even though on Monday. Before we parting each other at Himeji Station,I asked your husband " May I have my transportation fee, 5050 yen ( a round ticket fee= 4540yen + 510yen( Kyoto to Mukomachi)" He paid me just exact fee of 5050yen. I should study more in terms of Himeji castle and explain the castle's history to you all on that day. Yours May 8 Hiroshi Y. 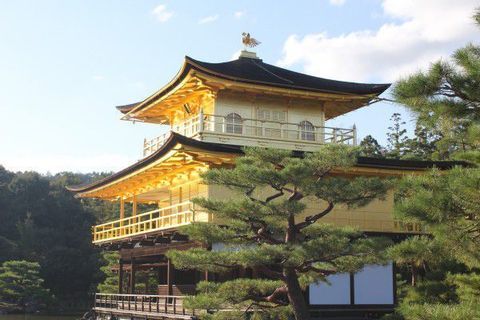 Kyoto's most popular sightseeing spots tour and enjoy a vari...

(229) Reviews
by Hiroshi
This tour covers 3 must-see sites and Nishiki Market. You can experience the most renownd sites such as the Golden Pavilion, the rockGarden at Ryo-anji Te...
8 Hours US$ 137 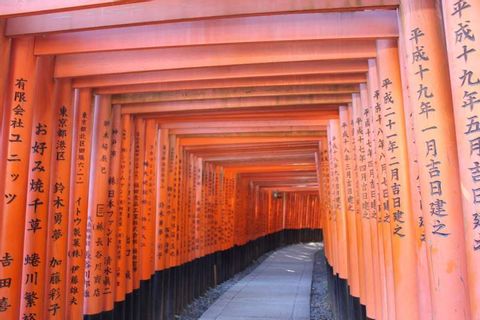 (229) Reviews
by Hiroshi
This tour covers 4 must-see sightseeing spots in Kyoto. Firstly, we visit Fushimi Inari Shrine. If you walk through in the countless Trii-gates in the l...
8 Hours US$ 68 per person 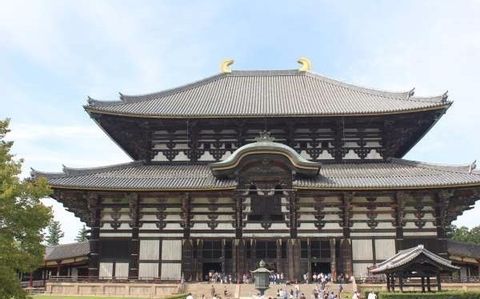 (229) Reviews
by Hiroshi
Nara is the most ancient city in Japan. You can see one of the most biggest images of Buddha in Japan called"Daibutu-san", and You also see many deer roa...
8 Hours US$ 68 per person 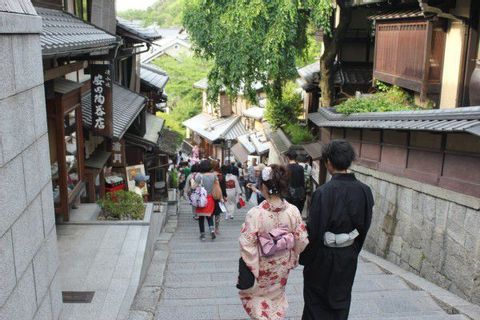 (229) Reviews
by Hiroshi
This tour covers one of the most popular temples in Kyoto Kiyomizudera and walking around Kiyomuzu area and Shitijyo area including Sanjyusangendo temple...
8 Hours US$ 68 per person 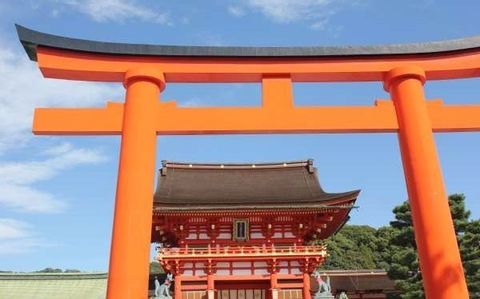 This tour covers 3 must-see scenic spots in Kyoto. Fushimi I...

(229) Reviews
by Hiroshi
Fushimi-Inari shrine , where there are more than 10,000 Torii-gates or Shinto holy gates on the hillside of Mt,Fushimi. If you walk through the tunnel of ...
8 Hours US$ 68 per person