Tokyo at night looks incredible. A vast metropolis of bright lights and neon that stretches off into an endless horizon. The best places to view this ocean of neon, is from a great height. We recommend the following four spots to experience the best night views of Tokyo: 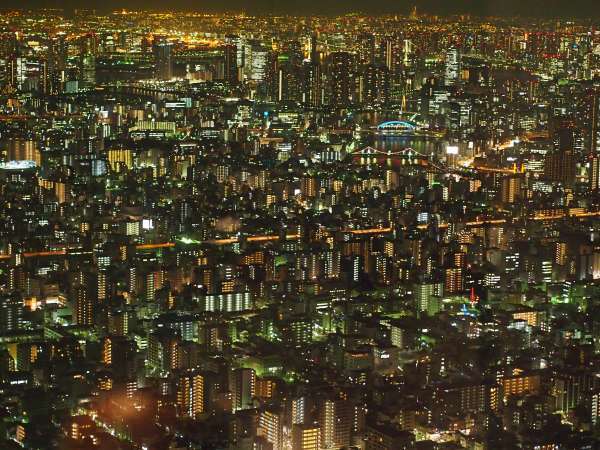 Tokyo Skytree was constructed in 2012 and since then, it has become a new symbol for Tokyo. Not only does it serve a functional purpose as a radio tower, but since its opening, it constantly attracts a steady stream of tourists and visitors who seek out the splendid view of Chiba and Mount Fuji on a clear day. The Tokyo Skytree has also garnered attention for its modern design, resembling the structure of a five-story pagoda from ancient Japanese times. Perhaps it is the fact that the masterminds behind the construction of the tower wished for the structure to blend into the historical area of Asakusa that such a design was inspired and brought to fruition. Recognized in 2011 by Guinness as the tallest free-standing radio tower in the world, Tokyo Skytree is very popular for its observation deck with its unobstructed view of Tokyo. 300 meters taller than Tokyo Tower, its proximity to Asakusa makes Tokyo Skytree a highly admired tourist spot.

When the Tokyo Skytree initially opened its observatory to the public, it was so popular that same-day tickets were almost impossible to obtain. However, since then, things have calmed down and visitors can purchase tickets much more easily should they wish to.  It is recommended that you visit the Skytree homepage to purchase tickets. 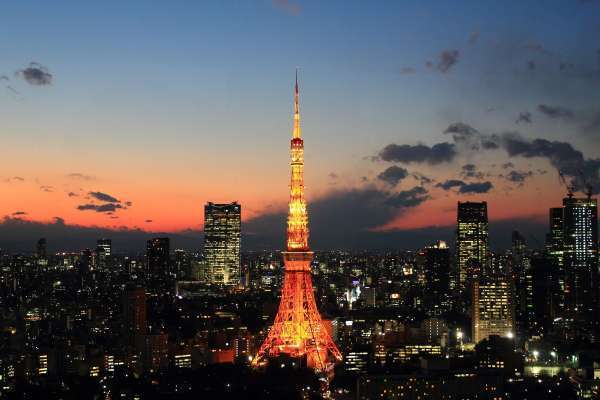 Tokyo Tower was built as a radio broadcast tower in 1958, during a point in time when television began to spread throughout Japan. The construction costs of the tower were immense at over 3 billion yen. The tower was built during a time when Tokyo started flourishing economically and since then, it has become a symbol and landmark for the rapid industrial growth of the city. Although the newly established Tokyo Skytree has garnered much praise and attained popularity due to its futuristic design, Tokyo Tower attracts visitors for its spectacular views. In one section of Tokyo Tower’s main observatory deck, the floor is constructed entirely from glass so visitors can gaze almost 120 meters down below at the ground. Furthermore, there is a special observatory located at 223 meters above ground level.

Tokyo Tower during the night is lit up to match the season or special occasions. During Valentine’s Day the tower is illuminated with holograms of valentines and throngs of couples and families visit the tower during this time. Furthermore, there are oftentimes some special events occurring at the Tokyo Tower, such as yoga courses or music appreciation events. As there is probably not enough to see or do at the tower to justify a full day there, the best option is to spend the day sightseeing and head to the tower at night to catch the impressive views of the city.  The Tokyo Tower, which is located in Minato-ku, is accessible from Asakusa, Tokyo Station, Ueno, Akihabara and Roppongi. It is also highly recommended to book a hotel near Tokyo Tower; gazing at the tower from your room after a long day of sightseeing could easily be one of the highlights of your vacation.  There are many overseas tourists at Tokyo Tower, and staff at the tower and the surrounding hotels can provide assistance in English. 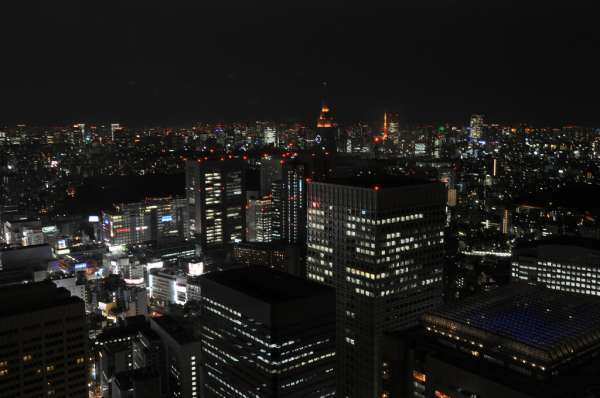 Upon its completion in 1990, people were astounded to see this towering ultra-modern building, appearing to pierce the sky. People felt like they had accidently come to the future. But no, this was the new Tokyo Government Building – the central administration building for the government of Tokyo.

Planning for the construction began at the height of the Japanese bubble economy. The highest building in Tokyo at the time, the Tokyo Government Building was designed by a world famous architect, Kenzo Tange. At the time of its completion, there were some criticisms that the building was an unnecessarily large facility built at the expense of the metropolitan taxpayers. However, today it serves an important role as the strikingly high landmark among the Shinjuku skyscrapers.

Use the elevator to get up to the 45th floor and enjoy the view of Tokyo from a deck 202 meters above ground. You will be able to see many of the famous Tokyo tourist spots including the Tokyo Skytree in the northeast direction, the Tokyo Tower in the southeast direction, and the skyscrapers of the Shinjuku subcenter in the southwest direction. When the weather is good and the view is clear, you can even see Mount Fuji in the distance. 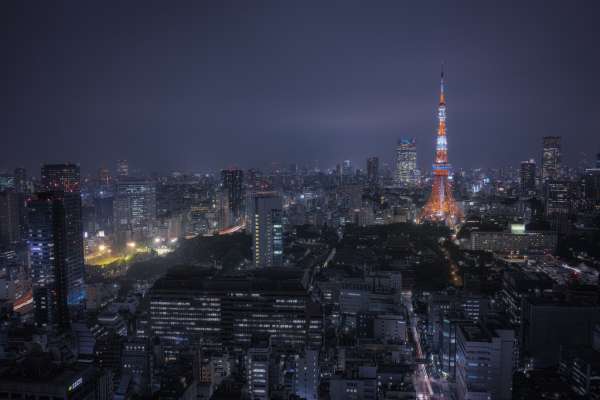 Since its opening in 1970, the Seaside Top observation deck has charmed many visitors with its wide 360°view. But with the rush in constructing ultra-high skyscrapers and the competition among the height of observation decks, the 152m Seaside Top is no longer a unique phenomenon.  Still, the attraction of the view seen from this deck is the beauty of the balance between the distant and nearby views born from the height and location of the building. Off in the distance, Mt. Fuji, Skytree, the cluster of skyscrapers, Tokyo Bay and other sights can be seen whereas Tokyo Tower can get a close-up look. Seaside Top is “the observation deck where the Tokyo Tower can most beautifully be seen”. On the other hand, on ground level, there is a diorama-like scene with sites like gardens and shrines from the Edo Era, and trains going back and forth.

The WTC is easily accessible as it is in a prime location right beside JR Hamamatsucho Station. There are not too many tourists going up to the 40th-floor observation deck so you can get a view of Tokyo quietly and at your own pace. Heading up to the deck at sunset is also good as you relax and watch the veil of night fall. As the sky gradually darkens and the small lights begin to appear in the evening, a Tokyo nightscape that resembles a glittering carpet of jewels spreads out. There is also the pleasant appearance of lighting although the ability to enjoy this view will also become brief. In 2019, the building is scheduled to be demolished due to a redevelopment project. Afterwards, a state-of-the-art building will be constructed on the site. To see Tokyo Tower at its most beautiful from “a proper height” in the remaining time is something that should not be missed.