Can rice make you a millionaire?

Can rice make you a millionaire? 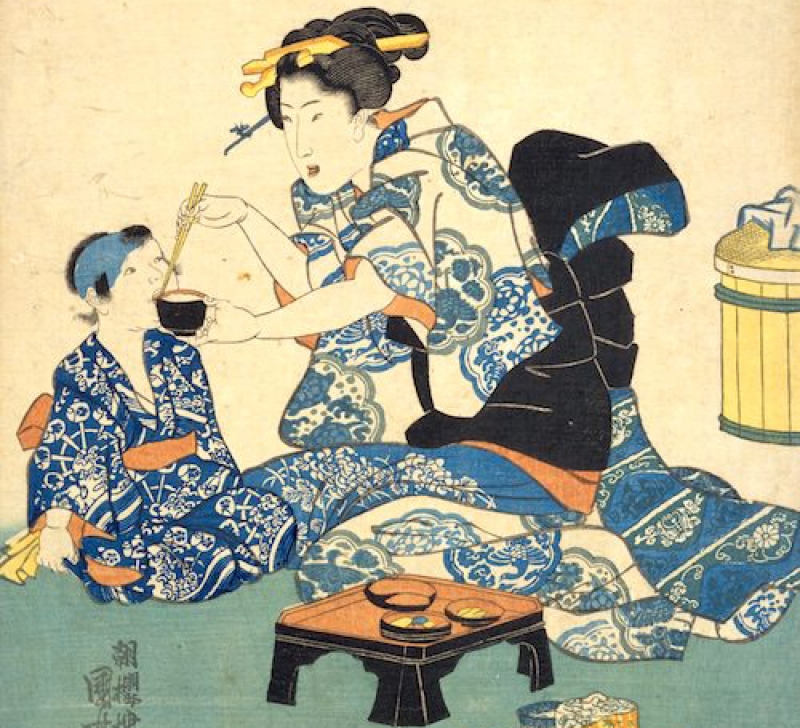 The answer is yes, but if you were born in Japan between Edo-Meiji period.

Rice is the soul food of Japanese. We cannot make sushi without rice. If you come to Japan for the first time, you will be surprised to know whatever you order in the resturant, it always comes together with rice.

Until the rice market was liberalized after world war 2, it had been a center of Japanese economy.  For more detail of the system; followings are quote from one of the largest Japanese group, Sumitomo group’s website (if you want to save time, please skip following 2 paragraphs).

While rice remains a nutritional staple in modern Japan, in the Edo period (1603–1867), it was much more. Rice was the life-blood of government, society and the economy. With the shogun at its head, the shogunate included about 260 lords, called daimyo, as well as over 23,000 vassals directly under them. Their place in the feudal hierarchy was measured in units of rice called koku: one lord might have 100,000 koku, while another might have 3,000. Feudatory relationships were determined by military ranks, which were assigned based on the number of koku in a lord’s holdings. Lords also assessed taxes on farmers in their domains based on the number of koku, and farmers generally paid these taxes in rice.

While the lords used some of this rice for food, they exchanged the rest for currency, creating the impetus behind the development of the rice markets in “Japan’s Kitchen,” Osaka, and in Edo, today’s Tokyo. The Osaka rice market dates from about 1640, when rows of rice warehouses stood in the vicinity of the site currently occupied by the Sumitomo Building. By around 1730, rice transactions akin to modern futures trading were already taking place in Osaka. These formed an important indicator of rice prices at the time. 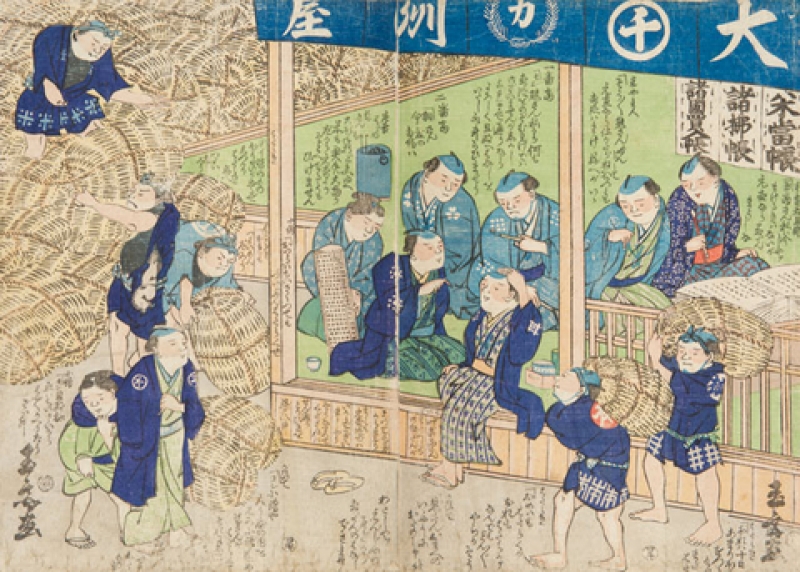 For those reasons, without any doubt, people in rice business in Edo-Meiji early Showa  period were well-off. Even after the end of world wars, when most of them were forced to quit rice business, they could start new business with its resourcefulness. Like Sumitomo group - a large business group in Japan, there are many  companies (interestingly most are doing real estate) which has its origin  in this industry.

Without further ados, in this blog,  I would like to introduce a lovely Japanese garden of a traditional house belonged to a family who was engaged in rice business. 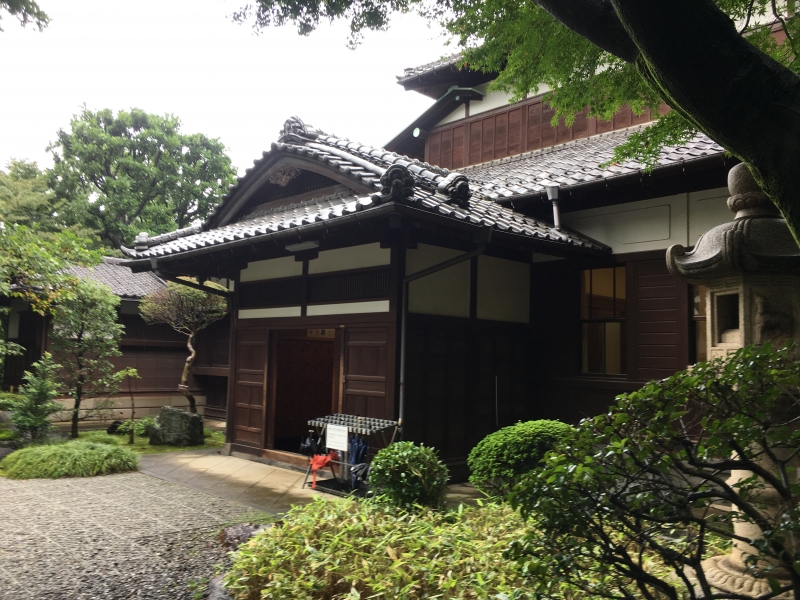 The original owner, Asakura was a rich farmer and landlord from Edo period in Shibuya area. In 1873, the head of the family at this period, Kinzo went into rice milling. In 1919, new family head Torajiro Asakura built the house as the seat of Asakura family. Torajiro became a chairman of the Tokyo council, and the Shibuya council over the Taisho and Showa period. Truth or not, it was said that rice miller raked off 20% of the rice when they were asked to polish rice. The rice had a same value as money, so you can see why they got richer and richer. 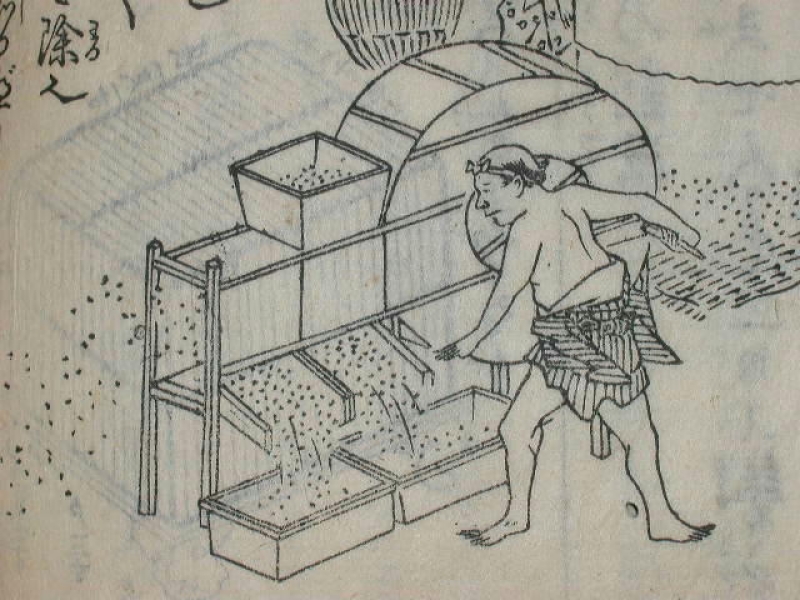 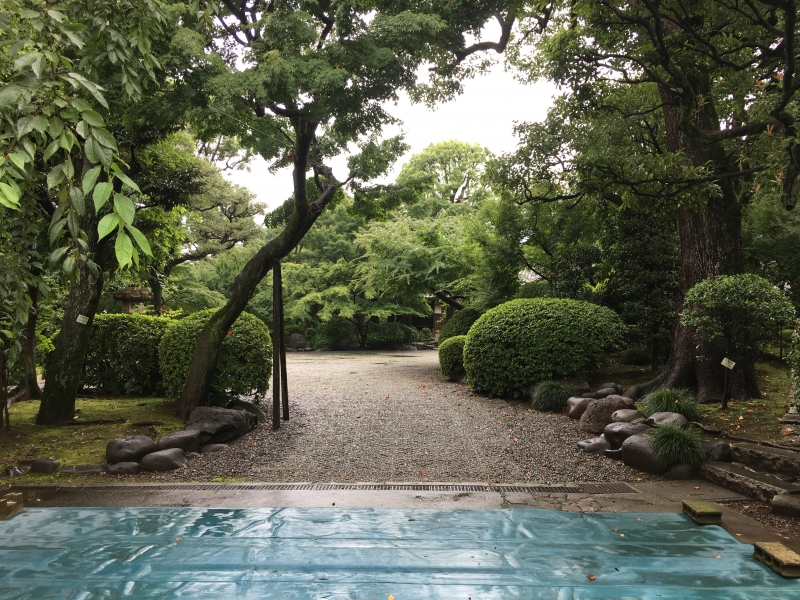 The house was built on the Shibuya terrace, and main garden is on the slope of cliff contours. They consist of three gardens: entrance garden, courtyard and main garden. At the time when house was built, the gardens offered the vistas of Mt.Fuji, the Meguro river, and the surrounding countryside. The interior of the house is not as lavish as the one of aristocrats, however, you can enjoy the wallpapers and other decorative elements of the room and picturesque view towards garden from windows and paper screen. 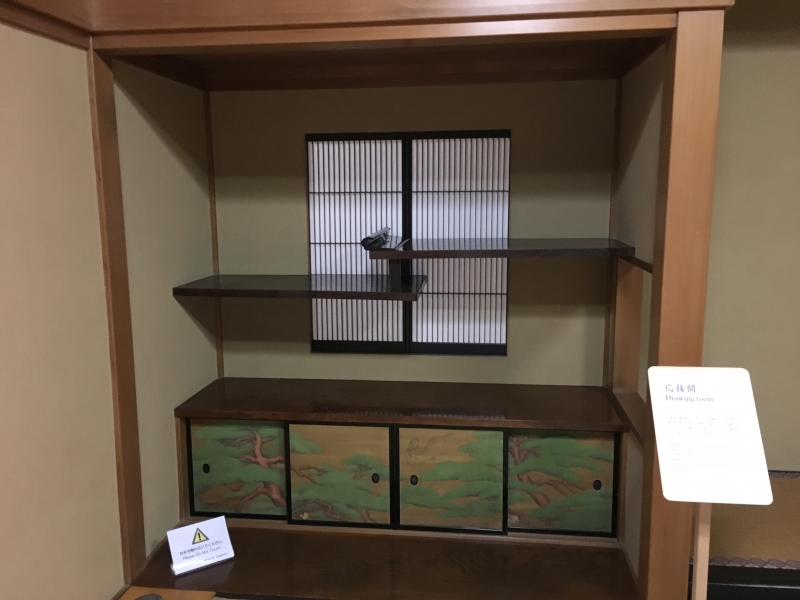 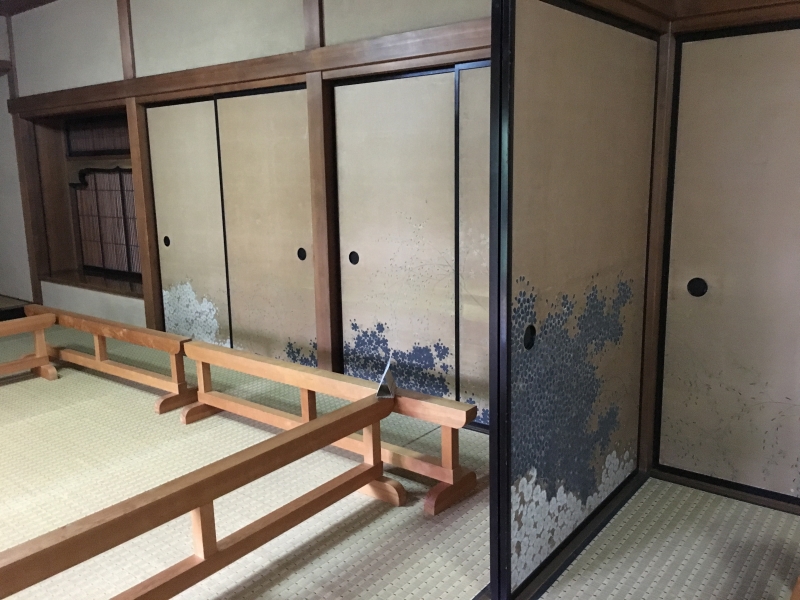 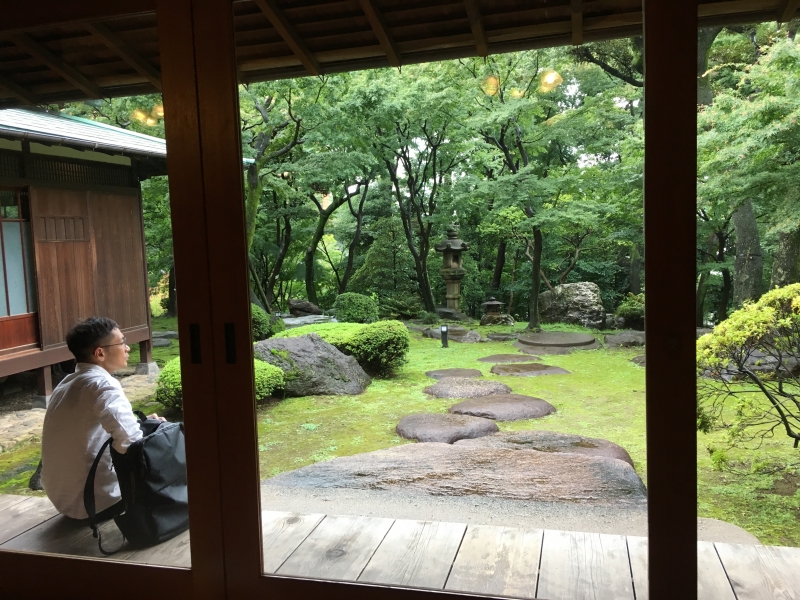 As most of garden admirers in Japanese garden history, the owner Asakura was obsessed with stones. There are various kind and size of stones and rocks  allocated as focal points, or pavements all over the garden. It is exciting to imagine where they came from. In the stone path, you can sometimes see a circular stone which has a hole in the middle. There are two of them in the garden, and those are a heritage from the original business as rice millier. Can you guess what they were used for?? ---- the answer is… you can know if you join my tour! Now the house is a property of Tokyo Metropolitan Government , and designated as Important Cultural Property, Asakura family have owned the large part of the land in surrounding area. Thanks to them, the west side of Daikanyama station kept from disturbing development of skyscrapers in spite of its location close to Shibuya station. 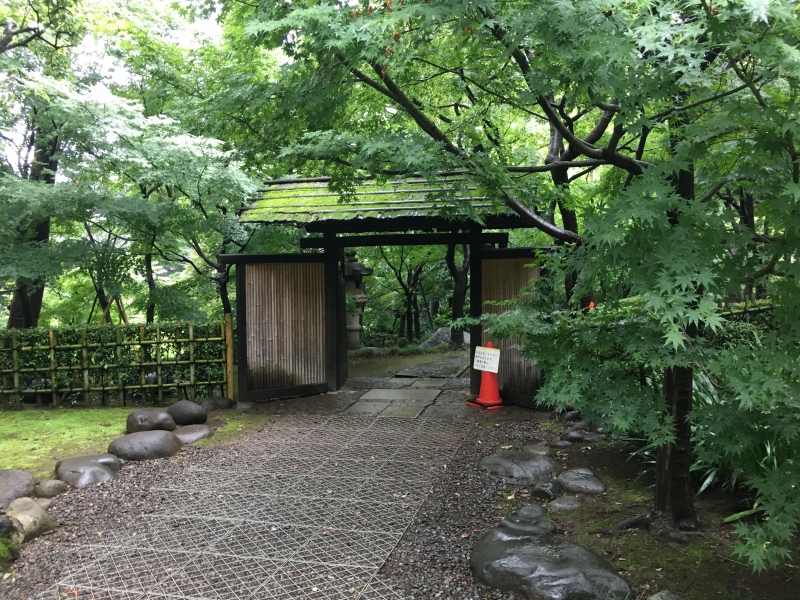 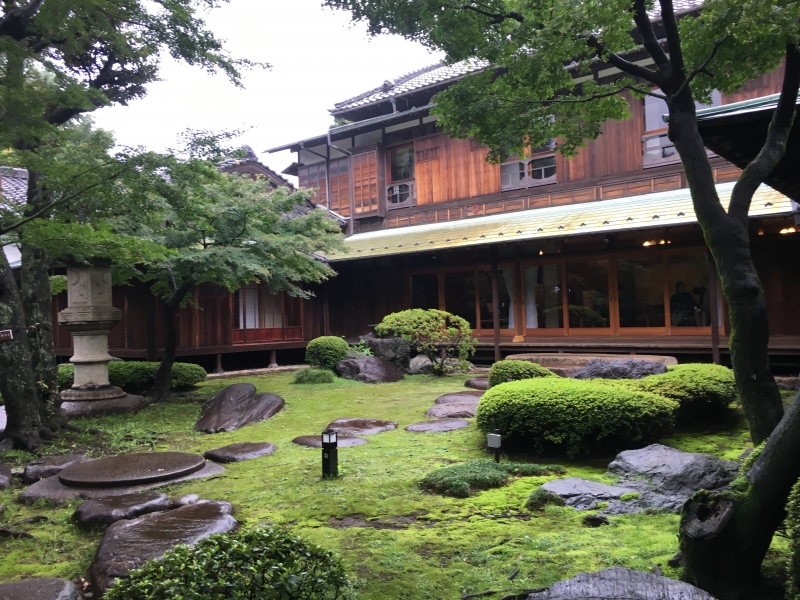 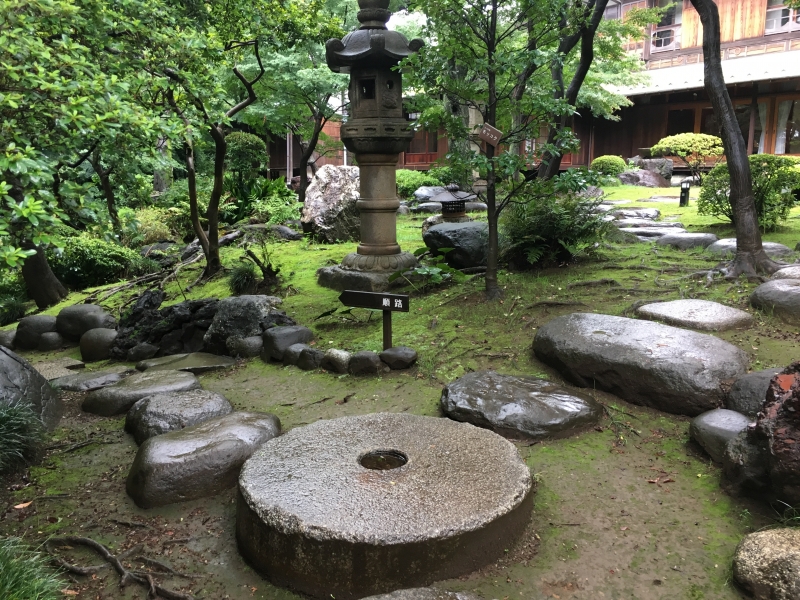 For those who were disappointed with the fact that you were not born in Edo period, here is good news (bad for consumers though).

As we have had cold and wet weather in this summer, the production of rice would be affected, and the price is estimated to go higher than usual from this autumn. Also the production of premium rice brands is very vibrant in rural region in recent decades. If you visit Japan in this summer, why not do some investment on rice field of your favorite rice brand?  It could make you a millionaire!

To find the secret of the circular stone, please join my tour! 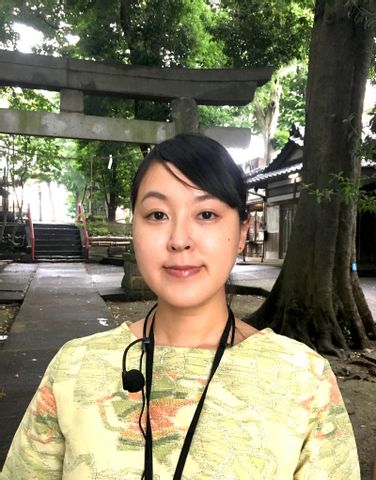 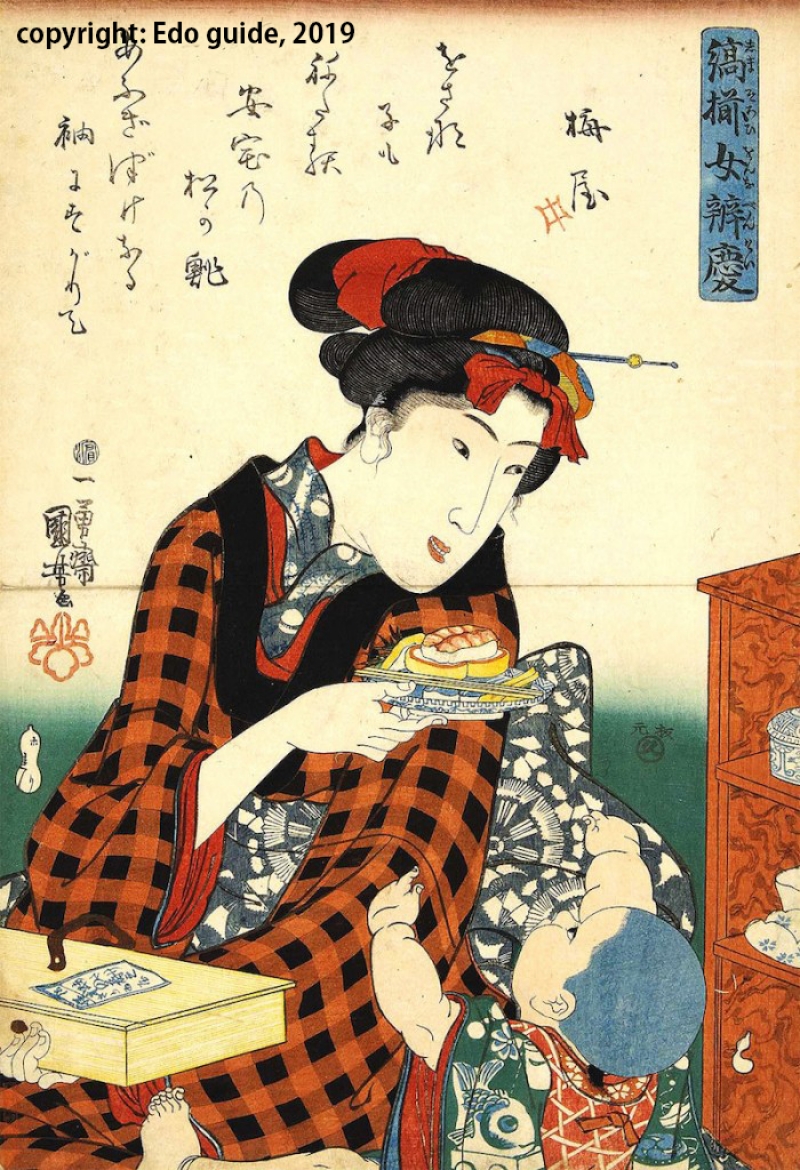 by Kaori
Sushi is now widely kown all over the world.   And the standard  form of Sushi is Nigiri-zushi, which originated from  Edomae sushi(Edo=... 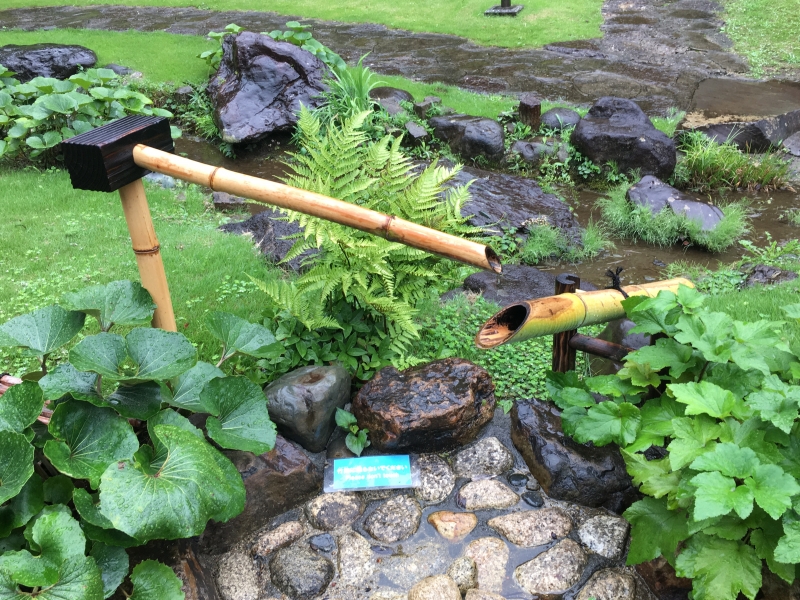 by Kaori
Garden should be fully admired by five senses, because it is an outdoor space where you are going to be in. The experience of its beauty ...

by Kaori
Although I enjoy beautiful, unique, stylish design of products from all over the world, there are 2 categories of items, which I am pretty c...

Matsuri - feel the spirit of Japan

by Kaori
Matsuri refers to festivals. There are numerous matsuri in Japan throughout the year. The original purpose of matsuri is to show thanks for ... 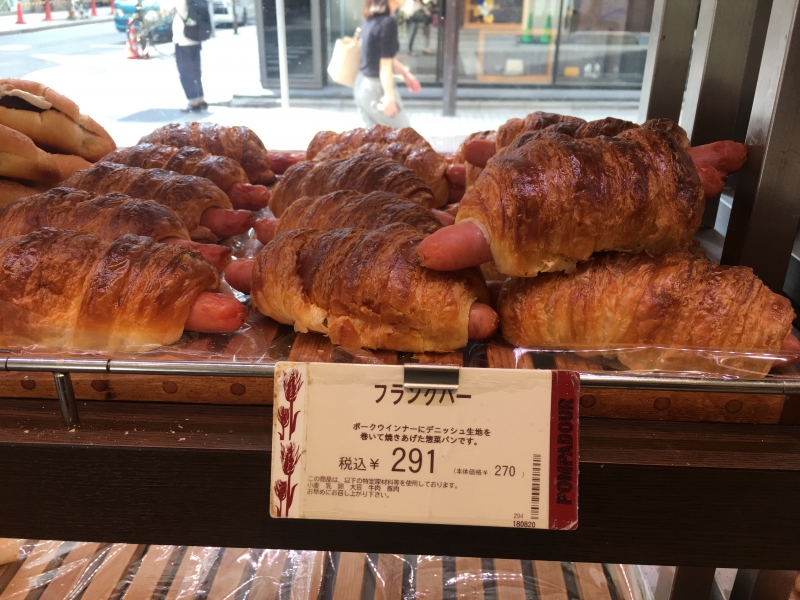 by Kaori
Although rice is our soul food, we cannot also stop loving breads.   When you feel like to grab a sandwitch, and drop by a bakery in Japan... 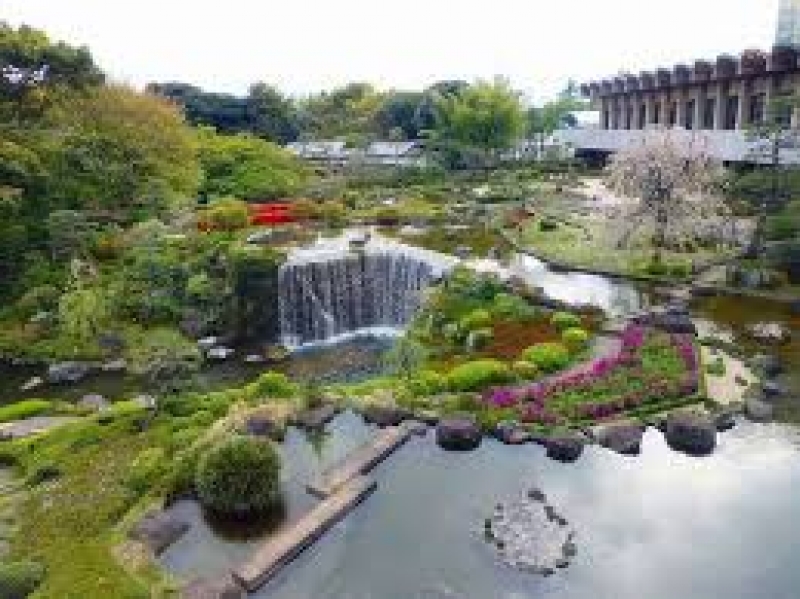 Mr.Otani - the founder of HOTEL NEW OTANI and his breath taking Japanese Garden

by Kaori
Today, I would like to introduce a success story of a man who brought himself up from a poor tenant farmer to a billionaire in early 20th ce...

Plan your trip to Japan with Kaori

Kaori is very nice and lovely person. I booked 4 hours tour to Tokyo Skytree and around Asakusa area. We arrived in the evening time. Unfortunately, it was raining all day in Tokyo. When we entered Tokyo Skytree, we couldn't see anything from above :(. Kaori brought us to Senso-ji temple and we had dinner in a very nice restaurant. Kaori has a good knowledge in Japan history. If I go to Tokyo agai...
read more

Stop looking for guides now this is your perfect guide!!! Kaori was fantastic, she took our family of five to all the places and more that we wanted to see in Tokyo. Kaori is so knowledgeable and kind. She helped us with everything!!! Train tickets, our future travel plans , luggage delivery etc. We want to come back and do more sight seeing with Kaori . We can’t thank her enough.
read more

First, we cannot thank Kaori enough for going out of her way (literally) in making such an AMAZING customized day for us. She exceeded all of our expectations at every level – communication, prepared visual images, knowledge of Japan’s history, culture, and intense subway system. Likewise, she was an incredibly nice and humble person who made us laugh and feel right at home in an enormous city we ...
read more